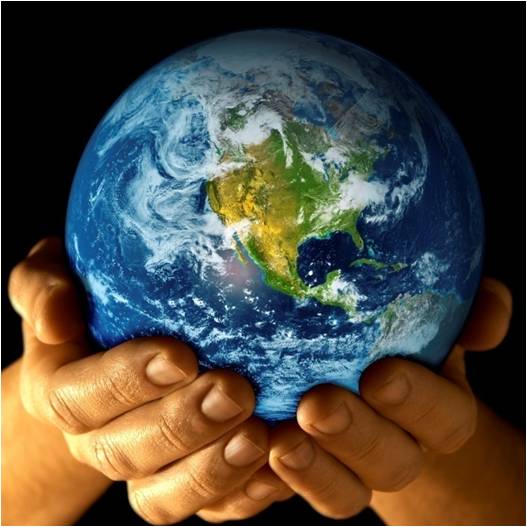 Which one are you?
Education Agent

Describe yourself or your business
My name is Arthurine T. Gussie and my husband Thomas J. Gussie, have our own international student exchange company (GLOBAL STUDENT EXCHANGE GSE). We are based just outside beautiful Jacksonville Florida USA and our primary focus is on private high school students. We have been involved with international students since 2003. I have a masters degree in Educational Leadership from Troy State University with an undergraduate in business and management from the University of Maryland.
We are interested in high school students seeking to study in the United States. If so, we are interested in establishing a business relationship with you and your company.
If you have any private high school/primary school students who are seeking to study in the United States and have not been place for the upcoming school year 2009-2010 we would gladly welcome them. We would like to start the process of placing students for the 2010-2011 school year as well.
We do provide health insurance for the students, however they can purchase their own prior to arrival.
We look forward to speaking with you and can answer any questions you might have.

My name is Arthurine T. Gussie and my husband and I operate our own international student exchange company (GLOBAL STUDENT EXCHANGE Inc.) a non-profit organization 501(c)(3) and we are based just outside beautiful Jacksonville, Florida. Our primary focus is placing overseas high school students in private high schools here in Northeast Florida working directly with the Diocese of St. Augustine FL, Clay county school board and in accordance with the State of Florida guidelines.

Discover International Education Pvt. Ltd.(Regd no: 43029) is a
solution-oriented
firm, with a single mind approach in tailoring career paths to suit
individual profiles within the parameters that may prevail in each
case. The parameters may be educational, financial or personal.

We are also member of NECA (Nepal Educational Counseling Association)
and our Regd No:113.


Discover International Education Pvt. Ltd. came into existence in the
year 2006 when its promoters found that a large section of students
were getting inadequate information for pursuing their career,
particularly if they wanted to go overseas for higher education.
Hence, they set up a counseling cell for the students, which provided
pathways to various educational opportunities around the globe.
Starting from US counseling, Discover International Education Pvt.
Ltd. has now representation of many elite Universities worldwide, i.e.
United Kingdom, Canada, Australia,Japan, New Zealand, Poland, Denmark,
Singapore, Malaysia etc.

Further, looking at the difficulties being faced by students in
getting their VISA, Discover International Education Pvt. Ltd. has
opened its unique VISA cell. Our unique Visa counseling cell with
various divisions dealing with different aspects like Finance,
Personal/Confidence Development, Interview Preparation etc., under the
guidance of experienced Chartered Accountants, makes Discover
International Education Pvt. Ltd. the most opted choice for students
as their career pathway.


We provide quality guidance and follow ethical procedures. We dispel
all the myths usually associated with 'Study Abroad' and have brought
the concept of overseas education to the doorstep of every student, by
making it affordable and devoid of cumbersome procedures. Sharing our
vast experiences & maintaining a vast database in the field is the
secret of giving right counseling to each student who approaches us. 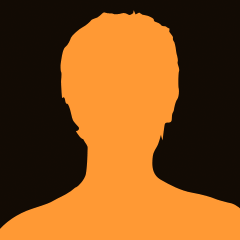 I hope to hear from you soon.

chanchal singh said…
"SHARDA UNIVERSITY" is an institution which promise to become one of INDIA'S leading Universities with established reputation for excellence in research and teaching .With its outstanding faculty ,world class teaching standards , and innovative academic programmers. Some of the highlighted features of Sharda University are : -
• It is one of the largest group having 15000 students , 11000 alumni ,1000(+) faculty .
• It is being awarded the certification of "Best University Award " in the state by Times research 2010.
• Global Faculty from U.K ,U.S, Greece ,Turkey ,Sri lanka ,and Australi
Being a Global University we wish to recruit International students. For this we would like to appoint consultants to do the same . If you are interested please contact us on
Website :-www.sharda.ac.in , email address :- global@sharda.ac.in
Mobile number :- +91-9650216281

CEAS has affiliation with a number of UK awarding bodies/colleges and is able to offer the same courses as in the UK, but at half the cost.

Since UK entry regulations has become very strict recently, Hungary is an ideal alternative for the same types of courses.

The range of courses offered is the following:

Due the the world-wide acceptance of these qualifications (ATHE/EDI, etc.) students have the opportunity to obtain Bachelor/Master Degrees in their respective fields.
Thanks to this, prospective students will be able to recover all their 3-4 year expenses with the first 2-3 month salaries after course completion!

Excellent 3* accommodation is provided for all students with comfortable access to the campus.

sylvia malinger said…
Hello Arthurine:
Please let me know if you have interest in sending students to Uruguay.
We offer Spanish courses, volunteer programs, internships, for individuals and groups.
Excellent % for agents
www.audele.org.uy

We are looking for Education Agents from around the Globe who will recruit students for us to get admission in 8 accredited University in USA. HTIR team would help the students prepare for the online and mock visa interview. Our years of experience help us to offer students higher visa success rate. We also pay commission per each student referred to us. You’re entitled to $500 per each student after obtaining him/her visa and in addition, Agent is authorized to charge their students an additional amount $1000 for their own consulting services. Interested Agents please send me an email for further explanation of our College Programs and Courses. You can visit www.htir.com to learn more about our schools, co-op program, and more.

Note: Student needed only TOEFL / IELTS for getting admission in above universities. No GRE / GMAT Required.

English Proficiency: 4.0 Band in each Module of IELTS

Get 30% Commission on Tuition Fees Paid!!!

For more information please contact on Below Mentioned detail

The Central America Health Sciences University (CAHSU), Belize Medical College was founded in 1996. The University is located in Belize City, Belize. Previously known as British Honduras, Belize lies on the east coast of Central America in the heart of the Caribbean Basin. The country borders Mexico to the north, Guatemala to the west and south, and is flanked by the Caribbean Sea to the east. Belize offers beaches and a semi tropical climate. It is a small, politically stable Commonwealth country with English as its official language. The University's location in Belize City allows easy access to the United States, Central and South America and Mexico.

CAHSU is a medical school with a curriculum patterned after US medical programs. The University ensures its students receive a well-rounded education, allowing them to develop into skilled and responsible physicians well equipped to enter into the competitive job market upon graduation.

If you are an agent and interested in promoting the University please send your queries along with your company profile and contact details toexecbz@cahsu.edu.bz Attractive agent incentives available.
PO BOX 989, Mile 13 ½ Northern Highway, Boom Cut Off, Ladyville, Belize, Central America Tel: +501-664-4502.

What we are looking for is for 185 students that would want to come and study in the UK
Level 7 in Management (NVQ) Diploma we are a UKBA ''A'' Rated 4Tier college with HTS expected in March and we are
based in the Uk,Blackpool if you have time you just google and you will see that they have
big opportunities to work aswell as students have 15hours per week workplacement in the
sector that they will study we are require £2,000 plus VAT(course fee for 12 months) per student so is upto you how much you
will charge for your fee's on top plus we are require 50% upfront so then we can release the
CAS letter to you is that simple and you can make a very good profit aswell so if you are
interested please email me laura@wingatetraining.co.uk and our website is www.wingatetraining.co.uk
also students must score 5.5 IELTS or any approved english certificate and student's must be in the UK
by the 5th of April

Agents: Place your students in US universities and get commissions upto $ 2000!

About Kampus Landing
Kampus Landing- an International Student Recruitment organization has been founded with the principle to provide the best admissions counseling possible to aspiring school, college and graduate students. Our business processes designed are trusted to ensure that every entity that partners with us will enjoy wider exposure within the region of service and expanded coverage beyond the boundaries since our marketing networks covers wider parts of Indian sub continent.
List of Partner Colleges and Universities

As a part of our expansion plan, we wish to associate with you to promote our member colleges and universities; the complete list can be viewed at http://www.kampuslanding.com/colleges.html.

We offer unbeatable commissions- you get 80% of what we receive. (this offer is valid until 31st March only)

Agents from across the globe are eligible to partner with us.

If this interests you, please get in touch with us at sanjay@kampuslanding.com.

You need to be a member of My Edagent to add comments!